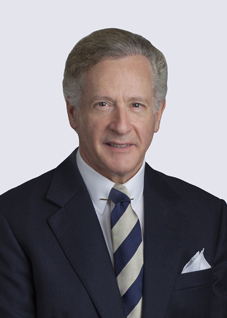 Philip J. Kessler, a litigation partner at Honigman Miller Schwartz and Cohn LLP, has been appointed chair and president of the board of directors for the United States International Rule of Law Project (IROLP) Inc. The mission of the organization is to promote the study and development of international and comparative law and, in particular, the rule of law both within countries around the world and in the international legal order. Supporters of the British Institute for International and Comparative Law (BIICL) established IROLP, which last year became a U.S. non-profit corporation. The BIICL is one of the leading independent research centers for international and comparative law in the world. The directors and officers of both organizations are highly regarded legal scholars and practitioners from some of the most prestigious research institutions and law firms in the world.

Kessler focuses his practice on the prosecution and defense of claimson behalf ofpublic and private companies, individuals and partnerships, in a broad range of business and intellectual property issues.

He is a Fellow of the distinguished American College of Trial Lawyers, where he has served on its Board of Regents and Executive Committee, The International Society of Barristers and the International Academy of Trial Lawyers. In addition, Kessler serves as a Trustee, Secretary and on the Executive Committee of the U.S. Supreme Court Historical Society. He is a life member of the Judicial Conference for the U.S. Court of Appeals for the Sixth Circuit and a life fellow of the American Bar Foundation.

Kessler has been consistently recognized as a leading lawyer by Chambers USA: America’s Leading Lawyers for Business, The Best Lawyers in America and Michigan Super Lawyers.

Get Updates by Email

To request an interview or find a speaker,